Danes take their herring seriously. This little oily fish is revered in the country and put up in a multitude of preparations. It is most often served pickled. Preserving the fish in salt and vinegar extends its shelf life ten-fold, and has become a distinctive Danish taste on its own. Danes eat it on smørrebrød, or open faced sandwiches. We like it in another traditional preparation- served with onions, capers, and plenty of well buttered bread. 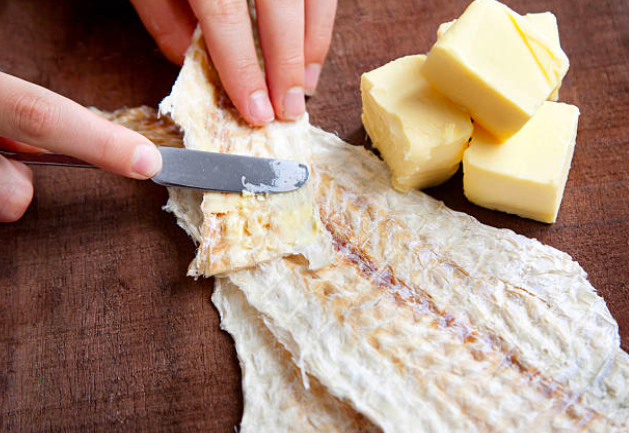 STEP AWAYYY FROM THE RESTAURANT:

With its roots in peasant cooking, the home hearth is a major player in Danish cooking. Because of the fine dining scene, some public perceptions paint Danish food as austere or stuffy. The home cooking scene, while adopting the same flavor refinement of fancier restaurants, is warm and casual. Danes often throw dinner parties for friends focused on the same traditional dishes you might see out. Just make sure you take off your shoes before entering the home!

This recipe is inspired by Danish food writer Niclas Grønhøj Møller. You can get access to more of his modern Danish recipes at Saveur, available here. 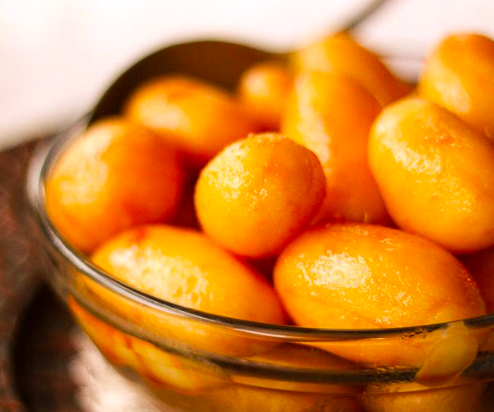 Danes and potatoes have a mutually beneficial relationship. The potato is an incredibly popular side dish in Denmark, and the country’s cool climate provides perfect growing conditions for the tuber. In this popular dish, boiled potatoes are served slightly caramelized. The sweetness offsets the earthy richness of the potato perfectly.

Salt and pepper, to taste

Place potatoes in medium saucepan and cover with water. Bring to a boil over medium heat and cook 15-20 minutes, until potatoes are tender and easily pierced with a knife. Drain potatoes and let dry in colander.

Heat a medium skillet over medium heat and sprinkle in sugar. Allow to cook undisturbed until sugar starts to bubble around edges and brown. When all sugar has melted, continue to cook until golden brown. Carefully add butter and stir until caramel is blended. Reduce heat to low and add potatoes. Swirl pan until potatoes are evenly covered in caramels. Season liberally with salt and pepper.